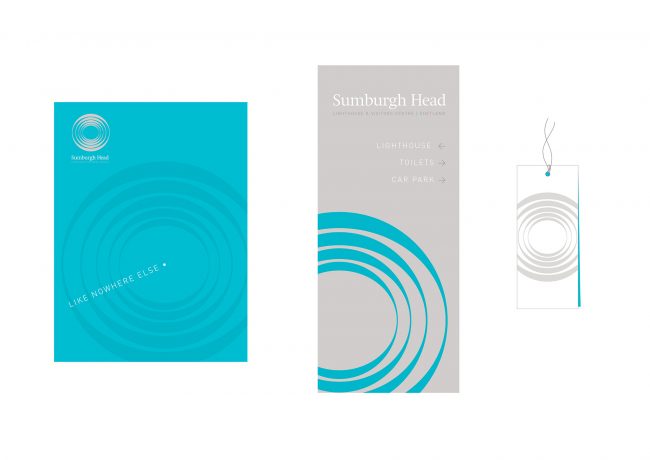 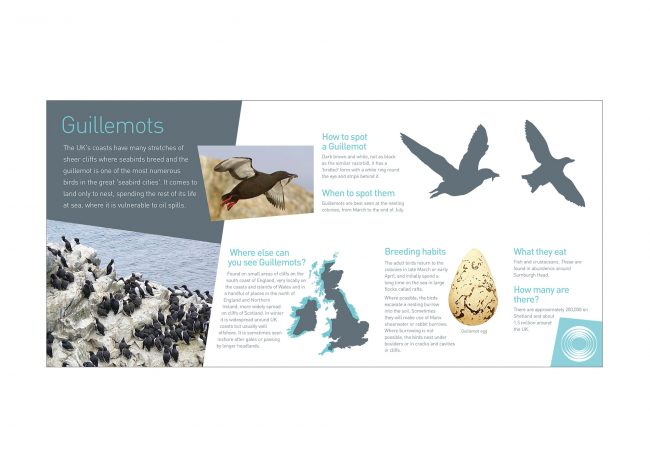 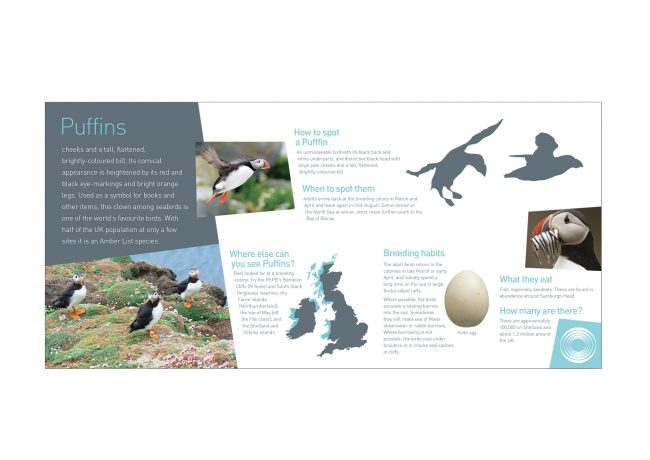 Sumburgh Head Lighthouse, Visitor Centre and Nature Reserve is a world class visitor attraction at the southernmost point of mainland Shetland, where the Atlantic meets the North Sea. It is the centre point to explore the history and natural heritage of Sumburgh Head from its early geological beginnings and Iron Age settlers to Lighthouse Keepers, Whales, Puffins and much more.

After a major refurbishment of the attraction I was asked to create a new identity for the visitor centre. I presented several design concepts, some of which are shown below, with the chosen design, inspired by Sumburgh Head's famous lighthouse and the area's vivid blue sea and sky, was then applied across a wide range of areas including signage, stationery, literature, exhibition displays and the centre's website. 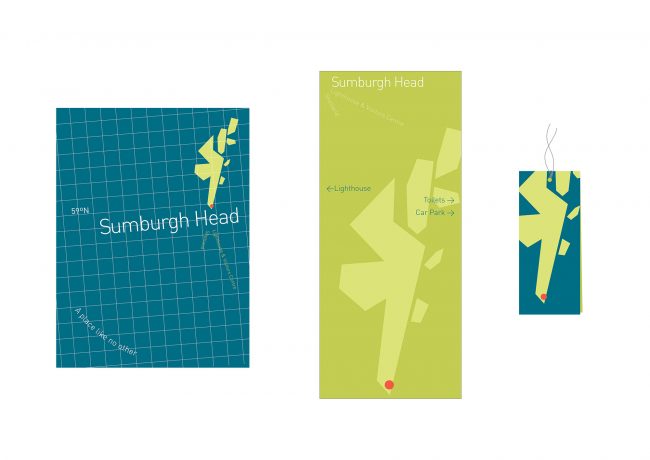 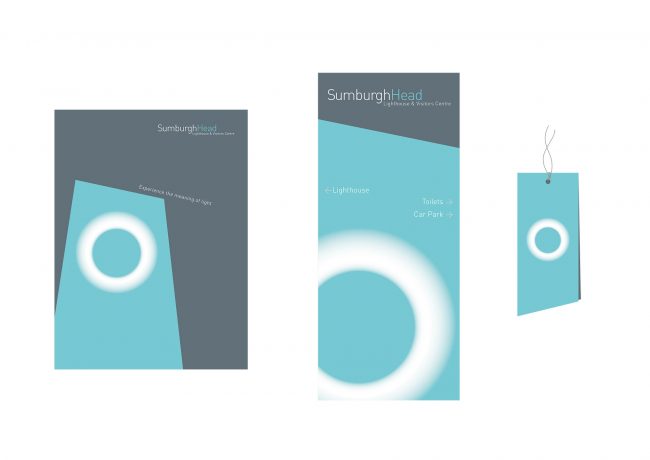 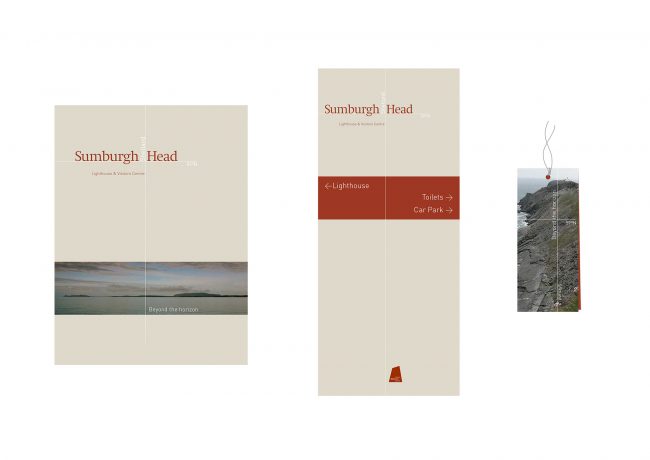